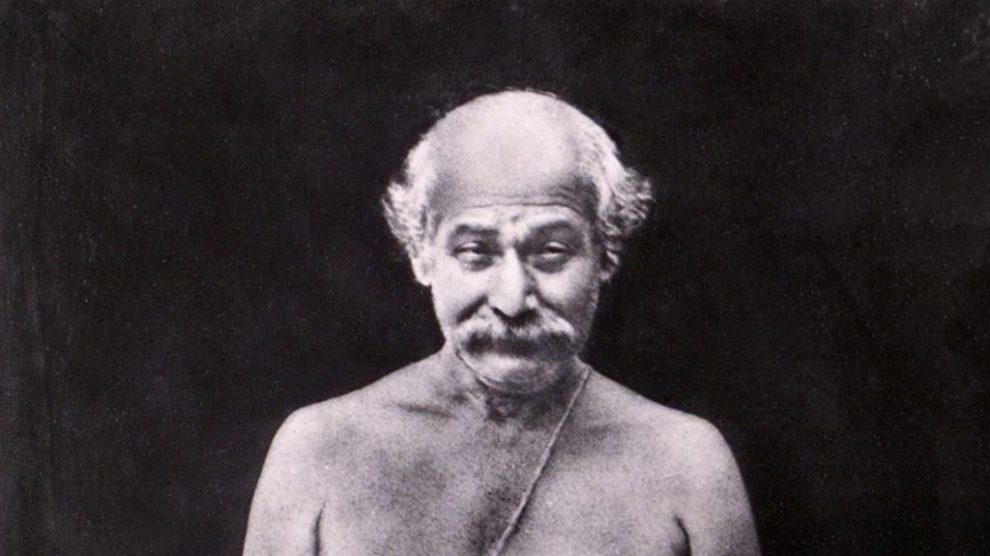 Shyama Charan Lahiri (30 September 1828 – 26 September 1895), best known as Lahiri Mahasaya, was an Indian spiritual teacher, a disciple of Babaji and Guru of Sri Yukteswar. He revived the ancient teachings of Kriya Yoga. He was atypical in the way he lived his life – he led a domestic life, he was married and had five children, and he earned his living working as an accountant in a company of the English Government. He spent his days performing mundane duties, and his nights teaching his students and meditating, since he never slept. This way of life was intended to inspire many family people to engage in spirituality and to show them that they too can achieve the highest goal. He became famous in the West thanks to the Autobiography of a Yogi -Paramahansa Yogananda, whose parents were his students themselves.

Lahiri was born in Bengal to a Brahmin family. At the age of three, he lost his mother. At that age, at the age of three or four, he was often seen sitting in a meditation position, covered with sand all the way to his neck. He later received a higher education, got married and had a son and three daughters and started working as an accountant. The business took him to all parts of India.

When he was 33, work brought him to the foothills of the Himalayas. One day, walking through the hills, he heard a voice calling to him. He climbed a little higher, where he met Babaji, his Guru from his previous incarnations. Babaji initiated him and instructed him in the techniques of Kriya yoga, and then gave him the task of spreading this teaching. Upon his return, Lahiri Mahasaya began to organize groups for studying The Bhagavad Gita. These groups for studying were attended by Hindus, Muslims and Christians alike, at the time when religious and class differences were very pronounced in society.

He continued with the double role – leading both domestic life and the life of a spiritual teacher until his retirement in 1886 when an increasing number of visitors began to come to him. He rarely left his room where he gathered seekers. During that time, it was extremely unusual for a Brahmin to be so closely associated with people of all castes.

The central part of his teaching – Kriya Yoga – is based on pranayama techniques in which he instructed all people, regardless of their religion or social status. As a solution to all the problems that his seekers came to him with, he recommended more intensive practice of this yoga.

He said: “Always remember that you do not belong to anyone, nor does anyone belong to you. Think about the fact that one day you will have to leave everything in this world – so make an acquaintance with God now. Prepare for the coming astral journey of death by flying daily in a balloon of perception of God. Through the illusion, you experience yourself as a pile of bones and flesh, which are, at best, a nest of trouble. Meditate constantly so that you can soon see yourself as the Infinite Essence, free from all forms of suffering. Do not be a prisoner of the body; using the secret key of Kriya, learn to escape into the Spirit.”

“It is absolutely necessary for all the devotees to completely surrender to their Guru. The more one can surrender to the Guru, the more one will discover the ever-subtler techniques of yoga from his Guru. Without dedication, nothing can be obtained from the Guru,” he said.