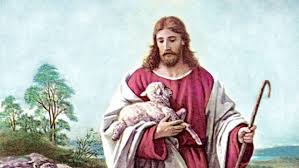 The main sources of information about the life of Jesus are the four canonical gospels that were included in the Bible (the Gospels of Matthew, Mark, Luke and John). According to these gospels, the life of Jesus can be reconstructed to some extent.

Jesus was born in the Jewish city of Bethlehem. His parents were Mary and Joseph, a carpenter. It is believed that his conception was immaculate, and that the angel Gabriel visited Virgin Mary to tell her that she would give birth to the Son of God. Mary and Joseph had to leave their native Bethlehem because of the order of Octavian Augustus, so, the birth of their child found them on the road, in an inn. As there were no free rooms, the child was born in a manger, and immediately after birth he was placed in a crib, which fulfilled the ancient prophecy about the birth of the Son of God. His birth was marked by miraculous signs in the sky, followed by three magi who came to worship him and bring him gifts. According to Matthew, the family resided in Egypt until Herod’s death, after which they settled in Nazareth to escape life under Herod’s son Archelaus (Matthew 2: 1-12). The Bible describes Jesus’ childhood up to the age of 12, and the events from the age of 30 to 33. There is no reliable information about the years in between, although some believe that Jesus spent that time in India.

We learn from the Gospels that when Jesus was 30, John the Baptist baptized him, and this event is considered the beginning of Christ’s public ministry. On that occasion, according to the Gospels, Heaven opened and the Holy Spirit descended on him in the form of a dove, and a voice was heard from heaven: ” Thou art my beloved Son; in thee I am well pleased.” After his baptism, Jesus went to the desert, where he fasted for 40 days. The devil came to him three times in the form of various temptations, but Christ was victorious.

Jesus made many miracles during his ministry, including turning water into wine, walking on water, miraculous healings, as well as raising Lazarus from the dead and bringing him back to life. Christ used to say that he did not come to be served, but to serve others and give his soul as redemption for many others. He was followed by 12 disciples, the apostles, who later spread his teachings to non-Jewish peoples. Jesus preached love, goodness, and forgiveness, using allegories and parables to bring sublime ideas closer to the ordinary listener. Near the end, thousands of people came to listen to him. Jesus spoke of Divine Love which is unconditional and immeasurable. The most famous of these speeches is the Sermon on the Mount.

On one occasion, he took the three apostles – Peter, John and James – up to the mountain with him, to pray together. While they were there, Jesus transfigured himself before them – his face shone like the sun, and his clothes became as white as the light. A voice was heard from heaven: “Thou art my beloved Son; in thee I am well pleased.” Soon Christ began to warn the disciples of his coming death and resurrection.

Jesus and his disciples arrived in Jerusalem during the Passover feast, when the city was crowded with pilgrims. He was greeted by a crowd of people, shouting, “Blessed is he who comes in the name of the Lord —the King of Israel!” During his royal entry, Jesus made a mess in the temple, because he overturned the tables of the merchants who had placed their goods there, saying that they had made a robber’s lair out of the temple. Sometime later that week, Christ celebrated the Passover feast with his disciples later known as the Last Supper. On that occasion, he announced that one of the disciples would betray him, after which he would be executed. During the supper, he took the bread in his hands, saying, ” This is my body, which is given for you” and then the wine, saying, ” This cup that is poured out for you is the new covenant in my blood.” At the end of the dinner, he told them to do the same in memory of him. Then they went to the Garden of Gethsemane to pray. While they were still in the garden, he was arrested by the guards of the temple, on the orders of the chief priest Caiaphas. The arrest took place in secret, during the night, in order to avoid riots because Christ was loved by people. Jesus was betrayed to the guards by one of the disciples, Judas Iscariot, for 30 pieces of silver.

Jesus was accused of blasphemy, after which he was handed over to the Roman procurator Pontius Pilate on the basis of aaccusations for rebellion because he claimed to be the king of Judea. Pilate did not think that Christ was guilty of any transgression against the Romans, and as it was customary to release one of the prisoners for the Passover, he asked those gathered to release Jesus or the robber Barabbas. The crowd decided to release Barabbas, and Christ to be crucified on the cross, after which Pilate washed his hands, as a symbol of release from responsibility for this decision. That same evening, after the most terrible tortures, Jesus died on the cross, on the hill of Golgotha.

Three days after the crucifixion, he resurrected and appeared before Mary Magdalene, and then before the other disciples.

For about 3 and a half years, Christ preached his teaching, going from city to city, together with the apostles and many followers. Two essential commandments stand out from his teachings and they determine what a person’s relationship with God should be, and then with other people: