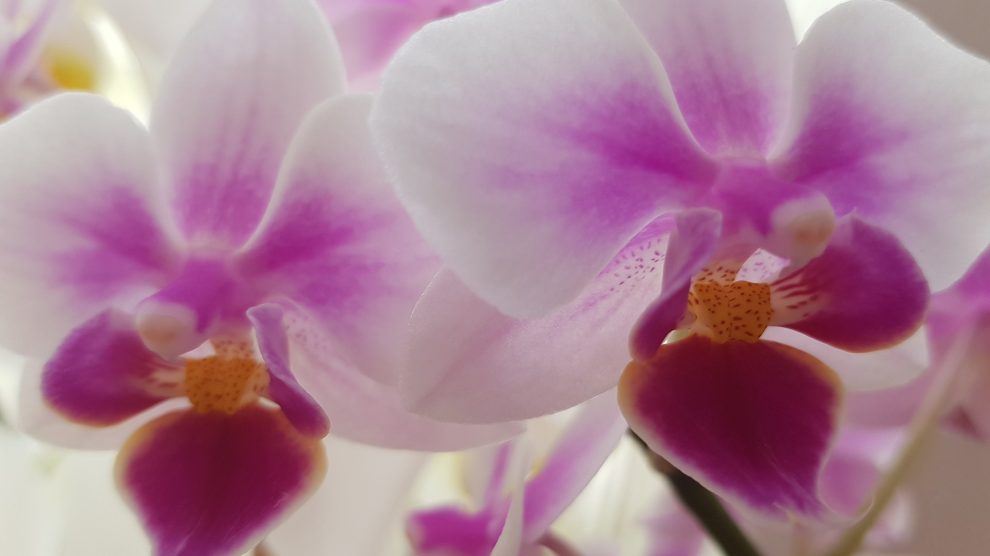 The paths of Lord Mahavira and Lord Buddha

Sometimes the mendicant life of Lord Mahavira and the Buddha brought them into the same vicinity. On at least three occasions, they were preaching in the same village at the same time, but destiny did not allow them to meet personally.

Because of their tremendous respect for each other, Lord Mahavira and Lord Buddha were both interested in each other’s philosophies. They used intermediaries to send and receive messages from one to another.

There are more than sixty references to Lord Mahavira in Buddhist literature. This has added considerably to our knowledge of Mahavira’s life.

Now, thousands of years after these two immortal spiritual lions lived on earth, their light has spread in different ways. Buddhism is found mostly outside India, in Sri Lanka, Thailand, Japan, Cambodia, Myanmar and other places. But Jainism is found only within our Indian subcontinent.

We can say that Buddhism has gone out of India to spread India’s lofty message of spirituality, whereas, Jainism has remained within the boundaries of India to proclaim India’s spirituality.

The Buddha was born into a Jaina family. So, too, was Mahavira.

The Buddha’s parents were Kshatriya rulers. Even so, were Mahavira’s.

The Buddha’s mother, Queen Maya, dreamt of several most significant symbols prior to the Buddha’s birth, including an elephant and a white lotus.

Mahavira’s mother, Queen Trishala, dreamt of fourteen special symbols prior to Mahavira’s birth, including an enormous white elephant and a lake filled with lotuses.

The soothsayers who were summoned by each queen to interpret the dreams foretold in both cases that the child to be born would be either an emperor on the physical plane or a great spiritual leader.

Prince Vardhamana married and had a little daughter called Priyadarshana. When she was yet a child, Prince Vardhamana also received an inner call to leave his wife and child and go out into the world and seek illumination.

Both princes renounced all their possessions and became wandering ascetics.

Both the Buddha and Mahavira practised tremendous austerities when they first renounced the world. At the end of six years, the Buddha adopted the Middle Path, while Mahavira continued to practise austerities for the remainder of his life.

The Buddha and Mahavira had the goal of attaining nirvana, or complete enlightenment — and they both achieved this Goal of goals.

After the Buddha and Mahavira had attained enlightenment, they each walked countless miles to and fro across the face of India, giving spiritual discourses, answering the questions of aspiring seekers and begging for food.

They each began to accept disciples, both male and female.

Neither one recognised any of the traditional Hindu distinctions of caste.

The Buddha withdrew from his physical body at the age of 80. His last words to his disciples were, “All things composed are perishable. Now, strive diligently.”

At the ripe age of 72, Mahavira left the body. On his last day, he uttered the words: “As a dewdrop clinging to a blade of kusa-grass lasts but a short time, even so, the life of men. Gautama, be careful all the while!”

Mahavira’s own personal austerities were much greater than those of the Buddha. After a few years, the Buddha gave up extreme austerities and adopted the Middle Path. Mahavira was undisturbed by hardships of any kind. He continued practising austerities until he left his body at the age of 72.

But Mahavira did not advocate austerities for all his disciples. To those who were ready to accept the life of monks and nuns, he said, ‘You have to be very, very austere.’ But to those who were householders, he said, ‘Go slowly. If you are not strong enough spiritually to become monks or nuns, then continue to make progress at your present level.’ So Jainism has two approaches. In this way, Jainism has left room for progress. Like kindergarten students, householders can grow and grow and grow until they eventually reach the level of the college students, who are the monks and nuns. Then again, these college students can also grow and grow. They will go on to university level and eventually become liberated. Mahavira knew that not everyone could maintain the same standard, and so he allowed immense scope for progress. You can say that Jainism has little plants and it has trees.

Jainism reminds me of our ancient Indian system which tells us there are four stages of life: first you go to school, then you get married and lead a householder’s life, then you retire and, finally, you renounce the world and go into the forest. In the same way, Jainism has two stages: the householder life for those who are not strong spiritually, and the life of a monk for those who are ready for the higher life.

The Buddha’s philosophy was completely different. He did not advise his disciples to go to the extreme. A musician, for example, cannot remain either on the higher notes or on the lower notes. It is not at all pleasing to the ear. So he stays most of the time in the middle notes. Similarly, the disciples of the Lord Buddha progress steadily towards the perfect bliss of nirvana without going too far on one side or the other. The Buddha had a heart larger than the universe. He cried for the end of human suffering. His path was also very strict, but he did not want to impose undue sufferings on his followers through austerities.

The idea of God

Lord Mahavira did not believe in the existence of God or in the idea of Avatars, direct descendants of God. He said that if you realise your own soul, you will attain liberation.

Although the Buddha denied the existence of God and the soul, he did believe in the inner Light and in an inner being, an inner existence. He said that it is our inner existence which is eventually freed from the fetters of ignorance.

The philosophies of the Buddha and Mahavira are very similar in many respects. Both of them share the goal of nirvana and both proclaim the principle of ahimsa or non-violence.

Lord Mahavira and Lord Buddha came from the same spiritual Home: the Heart-Nest of the Universal Light.