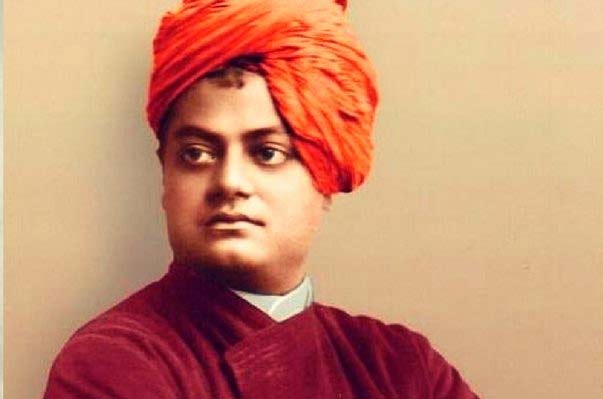 Svami Vivekanada was a Hindu monk and a direct disciple of Sri Ramakrishna. He played the key role in representing Indian philosophy and Vedanta philosophy in the West. He left a strong impression on the World’s Parliament of Religions in Chicago in 1893, giving a powerful speech on the essential unity of religions. He taught the philosophy of traditional meditation as well as selfless service. He advocated the emancipation of Indian women and the end of the caste system.

Swami Vivekananda was born as Narendranath Datta on January 12, 1863 in Calcutta, Bengal, India. As a child, young Naren showed huge energy and was fascinated by many aspects of life, especially wandering monks. He received Western education and became extremely knowledgeable in both Eastern and Western philosophy. His teachers noticed that he had an incredible memory and exceptional intelligence.

Naren visited Dakshineswar in 1881 and met Sri Ramakrishna, who at that time was already recognized as a spiritual figure and a teacher of very high rank. Naren was attracted to the magnetic personality of Sri Ramakrishna and became a frequent visitor to Dakshineswar. At first, his mind could not accept the way and teachings of Sri Ramakrishna, who followed the devotional approach and was dedicated to Mother Kali (the Divine Mother). But as time was passing by, the spiritual experiences that Naren had had with Sri Ramakrishna led him to accept him as his Guru with all his heart. In the years of his early search, he had asked all spiritual persons the question “Have you seen God?”, and never received a satisfactory answer. When he asked Sri Ramakrishna the same question, he replied, “Yes, I see Him as I see you, only in an infinitely intenser sense.”

In 1884 Naren’s father died, leaving the family in a very difficult financial situation. Naren became responsible for supporting his family. He later said that he was often hungry because he could not afford enough food.

In the middle of 1885, Sri Ramakrishna, who had throat cancer, became seriously ill. He moved to Calcutta, where Naren rented a house in which a group of close disciples gathered to nurture the Master. Sri Ramakrishna left the body on August 16, 1886, only five years after they had met. Here, in 1887, the disciples formally took the monastic vows and founded a community.

Since then, Swami Vivekananda had devoted himself to intense spiritual practice. He spent hours and hours meditating and chanting. He left the community in 1888 to become a wandering sannyasin, a monk who visited various holy places in India. Vivekananda lived from day to day, begging for food, immersed in his own spiritual quest. He wrote about that period:

“Many times, I have been in the jaws of death, starving, footsore, and weary; for days and days I had no food, and often could walk no further; I would sink down under a tree, and life would seem to be ebbing away. I could not speak, I could scarcely think, but at last the mind reverted to the idea: “I have no fear, nor death; never was I born, never will I die; I never hunger or thirst. I am It! I am It! “

He began accepting students and in 1893 he received an invitation to attend the Parliament of the World’s Religions in Chicago. As a representative of Hinduism, he traveled from Bombay to America via Japan with the help of Professor John Wright from Harvard.

On September 1, 1893, Vivekananda gave a short speech at the opening of the Parliament. The moment he addressed the gathered with “Sisters and brothers of America!”, he was interrupted by the thunderous applause of 7,000 gathered people, which lasted for whole two minutes. The dominant theme of Vivekananda’s speeches was the universality and harmony of world religions. He was the absolute star of the gathering, closely followed by the media and loved and respected by all.

Vivekananda spent two years in America giving speeches and accepting students. He founded the Vedanta Society of New York in 1894.

The following year he traveled to England, where he met Professor Max Müller from Oxford University as well as Margaret Noble (later Sister Nivedita) who became one of Vivekananda’s closest students.

While still in America, he began intense correspondence with other disciples of Sri Ramakrishna, inspiring them to engage in selfless service to society, helping the poorest to be educated. This kind of dynamism was foreign to Indian traditional spirituality and broke with the old custom of renouncing the world. Vivekananda wanted his mission to serve humanity both spiritually and materially.

He returned to India in 1897, in great style. The news of his great success in the West was greeted with pride and joy in India. Vivekananda was now a well-known figure. He founded the Ramakrishna Mission which was involved in all kinds of selfless social service, especially for the poor. He spoke with passion about the Indian spiritual heritage, at the same time criticizing the caste system, lack of education and the subordinate position of women.

Vivekananda returned to America one more time in 1899 to continue spreading Vedanta teaching. After returning to India, he died on July 4, 1902, at the age of 39.