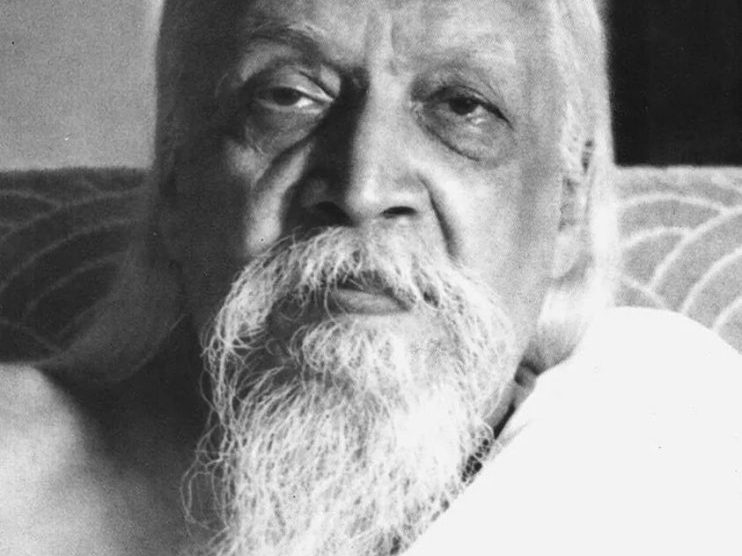 Sri Aurobindo was born in Calcutta on August 15, 1872. His father, an Indian doctor who worked for the British government, wanted his sons to receive British education and, when Aurobindo was seven years old, he sent him to England, along with his other two brothers, emphasizing that all three of his sons should be kept as far away from Indian influence as possible.

Young Aurobindo was a brilliant student, always among the best, and most of the time, thanks to his outstanding results, he received tuition. He attended St. Paul’s School, one of the best in his time, and then studied at Cambridge. When he returned to India in 1893, he spoke perfect English, Greek, French, German, and Italian, and was fluent in Latin, yet, knew very little about India. While he was still in England, he got a job with one of the Indian princes, Gaekwad of Baroda, and after returning to India, he worked at Baroda College for 12 years as a professor, as Gaekwad’s private secretary and, finally, as the vice-principal of Baroda College. During this period, Sri Aurobindo immersed himself deeply in Indian culture and learned Sanskrit, as well as several contemporary Indian languages. Although he became extremely fluent in his mother tongue, Bengali, English remained more familiar to him, and he wrote all his major works in it. The more he became acquainted with Indian tradition, the more his adoration of Indian culture grew, and it became increasingly clear to him that India could not manifest its full potential as long as it was under foreign occupation. It was interesting that this was not a popular attitude at all at the time: the Indian elite of the time fully embraced the idea of ​​English cultural superiority, and Aurobindo was the first Indian intellectual who dared to say publicly that full independence from Britain should be the fundamental goal of Indian politics. As his political engagement grew, it became increasingly inconvenient to work for an employer whose business depended entirely on British approval and support. He left his job in Baroda in 1906 and moved to Calcutta, where he soon became one of the most vocal leaders of the political movement for Indian independence. His writings often brought him into conflict with the British authorities, but, since he chose his words very skillfully, he escaped arrest several times.

During a visit to Baroda in 1907, Aurobindo attended private yoga classes with a teacher named Bhaskar Lele. Aurobindo was not interested in personal liberation, but he knew from experience that pranayama could increase mental energy, silence the mind and increase mental clarity, and he hoped that yoga would help him develop psychic capacities that he would put into the service of political action. In just three days, under Lele’s leadership, he managed to completely and permanently silence his mind. Soon after, he achieved the realization of a quiet, impersonal Brahman. This was not a short-lived experience, but the realization of an inner peace and quiet that was never lost again. The realization of the silent Brahman where the whole world appears unreal was by no means what Aurobindo had expected from yoga, nor had his instructor Lele, who had experience with the personal aspect of the Divine. During next few weeks, Lele continued to teach Aurobinda how to rely on his inner life in political activities in the outer life, but after that their paths diverged. The presence of the silent Brahman never left Aurobindo, although he achieved the Divine through many other aspects as well. Interestingly, all this happened during one of the most active periods in his political engagement, while he was at the peak of his political influence, and enabled him, according to his own words, to organize political work, give speeches, edit a magazine and write articles, all from a completely quiet mind.

Meanwhile, his younger brother Barin was involved in the bombing attack, known as the ” Alipore Bomb Case “, after which Aurobindo was arrested on suspicion of participating in the organization. He spent a year in prison, marked by the authorities as “the most dangerous man in the British Empire”. That year had unexpected effects – Aurobindo used the time he spent in prison to practice meditation and yoga intensively. He showed surprisingly little interest in the outcome of his case, since in the meantime he also realized the personal aspect of the Almighty, clearly seeing His presence in everything and everyone around him. Inside, he received instructions from Vivekananda and Sri Krishna, as well as assurances that he would be released, which later did happen. After his release from prison, he remained in Calcutta for another two years, after which he withdrew from political life and focused exclusively on yoga, convinced that the liberation of India was only a matter of time. He moved to Pondicherry in 1910, since Pondicherry was a French colony at the time. He intended to stay there for only a couple of years, but remained until the end of his life, in 1950.

A group of disciples who considered him their Guru slowly began to gather around him in Pondicherry, and over the years, this organization grew, attracting an increasing number of sincere seekers, resulting in the ashram community today known as Auroville.

In 1914, the ashram was visited by a French couple, Paul Richard and Mirra Alfassa. Mira immediately recognized the exceptional spiritual height in Aurobindo. Meanwhile, World War I began, and the couple returned to France. Paul Richards and Mirra Alfassa returned to India in 1920. It was difficult for Paul to accept Aurobindo as a spiritual leader, and he soon left, but Mirra remained. She gradually took on an increasing role in the life of this community that formed around Aurobindo. At first, she was simply the most advanced disciple of all, but over time Sri Aurobindo began to address her as “Mother” because of her complete identification with Sakti, the maternal aspect of the Divine. He often emphasized that in their consciousness and realization they were essentially completely one, and that only their external roles in the manifestation of the Divine differed. After 1926, Sri Aurobindo completely retired to a small apartment on the first floor, rarely appearing outside and leaving the Mother in complete care of the ashram. He spent the next 24 years that way, writing and rarely talking to anyone. The students could see him 3 to 4 times a year, during the “darshan” (blessing in silence). During this time, he wrote a lot, responded to his students’ letters down to the smallest detail. About 5,000 of his letters were published. He wrote numerous works, among which the most important are: the epic Savitri (one of the classics of world literature), The Life Divine, Essays on the Gita, Synthesis of Yoga and many others. His entire literary work is available at the link:

He was nominated for the Nobel Prize for Literature (1943) and the Nobel Peace Prize (1950) for his immense contribution to the field of literature and spirituality. On his birthday, August 15, 1947, India gained independence.