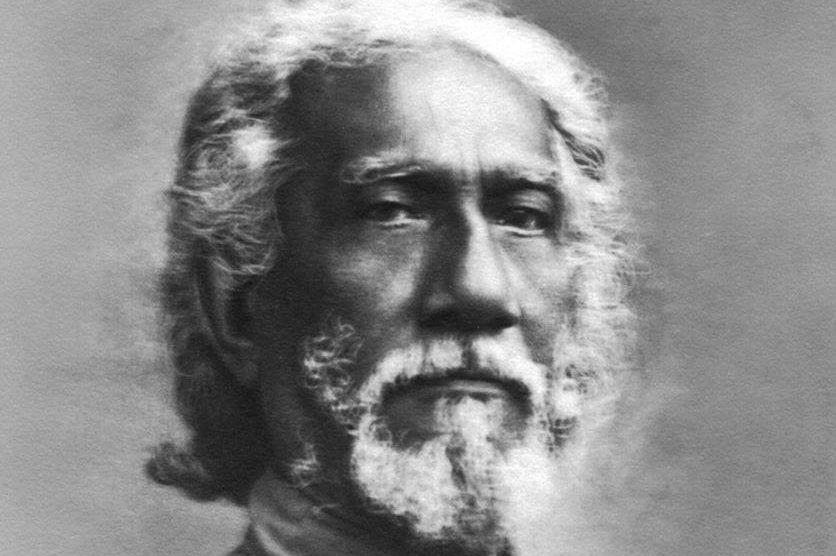 Sri Yukteswar was born on May 10, 1855 as Priya Nath Karar in Serampore (Bengal, India). His father died when he was very young, so he had to take responsibility for his family. He was an outstanding student and as such he enrolled in Srirampur Christian Missionary College, where he developed an interest in the Bible. Later in his life he wrote about this interest in his book, The Holy Science, where he drew a parallel between the basic principles of Yoga and the Bible. He also attended Calcutta Medical College for almost two years.

After graduating from college, Sri Yukteswar married and got a daughter. Within a few years, his wife died, and he was formally initiated into the monastic Swami order.

In 1884, Sri Yukteswar met Lahiri Mahasaya, who would become his Guru and initiate him into the path of Kriya Yoga. Sri Yukteswar spent the next few years with his Guru, often visiting him in Benares. After the Kumbha Mela ceremony, he met the Guru of his Guru, Babaji in 1894. On that occasion, Babaji asked him to write a book in which he would present both the Hindu scriptures and the Bible.

“If I ask you, Swamiji,” said Babaji, “will you not write a short book on the essential harmony between the Christian and Hindu scriptures? Their basic unity is now obscured by human divisions. Show by parallel references that the inspired sons of God spoke the same truths.” In the same year, Sri Yukteswar completed the book “The Holy Science”.

Babaji also promised him that a student would come to him who would spread his teachings in the West. “You, Swamiji,” he said, “should play your part in the coming harmonious exchange between the Orient and the West. In a few years, I will send you a student who you can train to spread Yoga in the West. The vibrations of many seekers’ souls come to me like a flood. I see potential saints in America and Europe waiting to be awakened.”

Sri Yukteswar turned his house in Serampore into an ashram “Priyadham” where his disciples gathered. Later, in 1903, he founded another ashram in Puri. From these two ashrams, Sri Yukteswar taught his disciples and founded an organization called “Sadhu Sabha”. He was also interested in astrology (jyotish), physics, psychology, geography and astronomy. He thought that women should also be educated, which was very unusual for that time.

He had only a few real students who stayed with him all his life. The most famous of these is Swami Yogananda, who wrote “Autobiography of a Yogi” and extended the teachings of Kriya Yoga to the West. When Yogananda came to him, Sri Yukteswar said to him, “My son, you are the student whom Babaji promised to send me many years ago.”

Sri Yukteswar entered Mahasamadhi on March 9, 1936, during Yogananda’s visit to India, after 15 years spent in America.