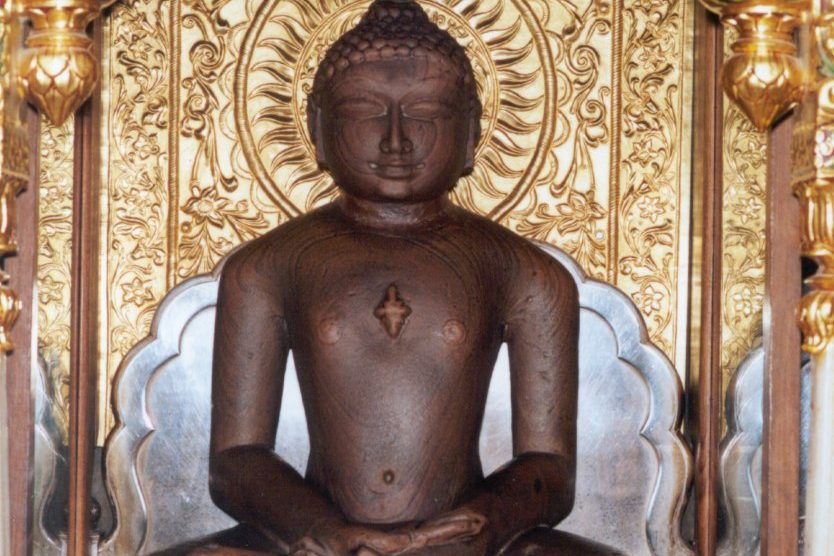 Lord Mahavira was not the founder of the Jaina religion. Jainism has a long and illustrious line of teachers who are called Tirthankaras. Tirthankara means “one who finds a place to cross the ocean of suffering.” Another translation is “ford-finder.”

The very first Tirthankara was Rishabha who lived at the dawn of human civilisation. Lord Mahavira was the 24th Tirthankara and the last one in this particular cycle of time.

In prayerful supplication I bow my head to You.
Do accept my soulful obeisance.
O Pilgrim of the Highest ever wandering free,
Your Heart is a ceaseless Compassion-Fountain.
O Vardhamana, O Vardhamana, O Vardhamana!
By virtue of sleepless and breathless askesis
You made the discovery supreme:
Each bondage-life can and shall attain
Liberation of the Beyond.

In the sixth century before the birth of Christ, the Supreme’s Light descended very powerfully to earth in the form of spiritual Masters of the highest order, visionary prophets and wisdom-flooded philosophers.

In India, Lord Buddha and Lord Mahavira attained enlightenment and established spiritual paths to guide humanity to the goal of nirvana; in Persia, the prophet Zoroaster spread his lofty teachings on the nature of goodness and the reality of Heaven and hell; in China, the sage Confucius taught moral and social precepts that were to become the foundation of the Chinese way of life; and in Greece, the philosopher-giant Socrates, with his indomitable inner spirit, ushered in a new mode of thinking and a new standard of morality.

The spiritual, religious, philosophical and moral teachings of these immortal figures continue to mould and guide the consciousness of countless millions of people even to this day.