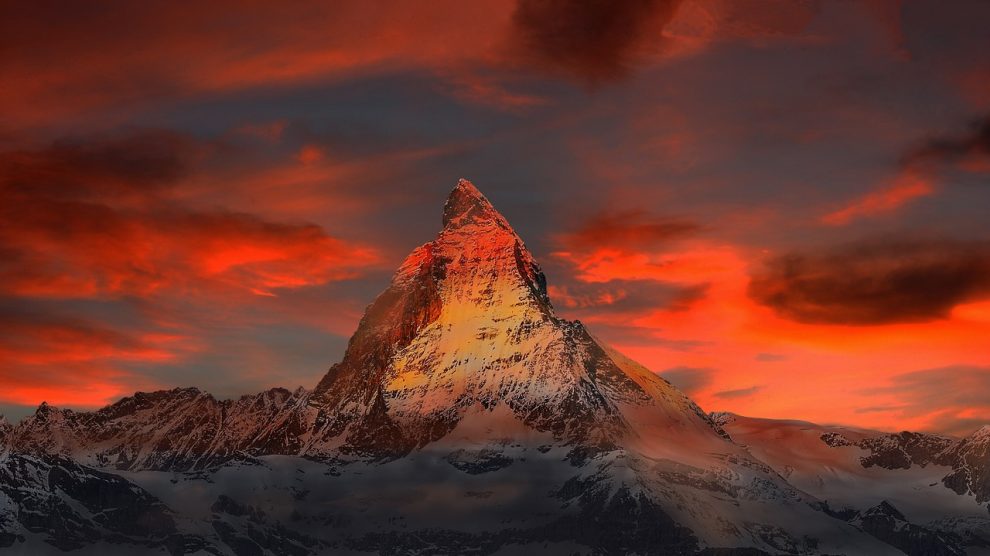 No Indian youth of the rising generation can ever dream of escaping the subtle influence of Sri Ramakrishna Paramahansa. This simple Brahmin conquered the hearts of men with a spiritual weapon which is commonly called Intuition-Power. He was born with it. He did not much care for the other weapon, which is Brain-Power.

Looked at with human eyes, his appearance was so helpless — a storm-tossed raft seemed more dependable than the frail frame of this prophet. But going deep within, one could discover his true personality. To one’s surprise, one could find in his teachings a colossal Will that could shake the world.

Here was a man whose authoritative voice declared that he not only had seen the Omnipotent, but also could show Him to his beloved disciple Naren (Vivekananda). He further claimed that he saw God more clearly than he saw the disciple standing before him.

As Ramakrishna’s life was replete with wonderful visions, so was his beloved Naren’s life surcharged with the power to fulfil those visions here on earth. Awakened India must ever remain beholden to Ramakrishna-Vivekananda, for it is they who were the most outstanding spiritual figures to appear on Indian soil during the last century. The Master and the disciple were hardly two distinct individuals. Each helped to shape the other. To our deeper vision, they formed an integral whole.

Sri Ramakrishna’s precepts were couched in the simplest language, in words that flew straight into the hearts of the people. The blessings that India — nay, the world — received from him, his unique universal sympathy, stand matchless. “I do not care,” he said; “I will give up a thousand such bodies to help one man. It is glorious to help even one man.”

To live the truths that one has preached is often an impossibility. Glory to Sri Ramakrishna that he was a triumphant living example of the truths that he preached. To him, religion was nothing short of realisation. He synthesised most of the major world religions by his direct and immediate realisation of each of them. One by one, he pierced the core of each religion, extracted its essence, and became the perfect embodiment of that path to the Supreme. Sri Ramakrishna firmly believed, too, that a time would come when an aspirant would be able to attain to God-realisation by three days’ practice.

“Ramakrishna was God manifested in a human being… Vivekananda was a radiant glance from the eye of Shiva,” so said Sri Aurobindo, the founder of the Integral Yoga. Vivekananda looked upon his Master as the embodiment of perfection. “In the presence of my Master, I found out that man could be perfect even in this body.”

In the following lines produced from the penetrating pen of K.D. Sethna, we shall observe how, in the march of evolution, one Avatar paves the way for the next one:

“Ramakrishna, the illiterate man from the temple of conventional worship, was a veritable colossus of mystical experience; in him direct and immediate realisation of the Divine Being reached an intensity and variety which made him a marvellous summing-up of the whole spiritual history of India, with a face carrying the first gleam of a new age of the human soul — the age that will be known as the Aurobindonian.”

And do we not remember the supremely prophetic utterance of Sri Aurobindo? “We do not belong to past dawns, but to the noons of the future.”

“East is East and West is West and never the twain shall meet.” The famous statement by Kipling was proved false when Vivekananda, with the flood of Sri Ramakrishna’s inspiration, gloriously united the East and the West with his unique message on religion.

India wants “to be.” The West wants “to do.” Is it not at once safe and advisable “to be” first, and then to offer one’s contribution to the wide world? “AtmanamViddhi,” Know Thyself, says the Upanishad. First know thyself, and then do thou proclaim thyself. This was Ramakrishna’s secret.

There are different paths leading to the Divine. But the shortest and most sunlit path is the Mother Cult. This Mother Cult was most powerfully shown to the Indians by Sri Ramakrishna. The never-ceasing injunction of his teachings was, “Approach the Divine as a child approaches his mother, with the same purity, sincerity, ardent love, and faith, and the Mother will come to you! Call ‘Ma, Ma’; call again and again. The Mother is bound to come.”

When the influence of Western culture had almost caused the real “self” of India to die, and the children of India were running amuck to imitate Western culture, Ramakrishna Paramahansa knew that the time was ripe for him to revive the lost tradition of India.

“Sri Ramakrishna,” said NoliniKanta Gupta, the celebrated Bengali author, “represents spirituality at its absolute, its pristine fount and power. In him we find the pure gold of spirituality at a time when duplicity, perplexity, deceit and falsehood on the one hand, and atheism, disbelief and irreverence on the other reigned supreme…When spirituality had almost disappeared from the world and even in India, it existed, as it were, merely in name, there was the advent of Sri Ramakrishna bringing with him spirituality in its sheer plenitude and investing it with eternal certitude and infallibility.”

It was Ramakrishna, too, who showed the greatest reverence for women that the world has known. He felt that women were the embodiments of the Divine Mother and he treated them as divinities. His own consort, Sarada Devi, he worshipped as the Divine Mother Herself.

Far and wide travelled the renown of Ramakrishna’s spiritual teachings, influencing, among others, the French savant Romain Rolland. So deeply was he touched that in the evening of his life he wrote the memorable book, The Life of Sri Ramakrishna. Two lines of significant insight I quote from that book.

“The man whose image I here invoke was the consummation of two thousand years of the spiritual life of three million people… His inner life embraced the whole multiplicity of men and God.”

Professor Max Muller, another famous European, was also an ardent admirer of Ramakrishna. Max Muller had devoted the major portion of his life to the study of the Hindu scriptures, had translated the Rig Veda into English, and was the author of History of Ancient Sanskrit Literature and Sacred Books of the East. Among his later works was Ramakrishna: His Life and Sayings.

Once Swami Vivekananda went to Oxford to pay homage to Professor Max Muller, whom he looked upon as a sage and a “Vedantist of Vedantists and kindness itself.” On Vivekananda’s departure, the Professor, who had seen seventy winters, accompanied the Swami to the railway station, justifying his coming by saying, “It is not every day that one meets a disciple of Ramakrishna Paramahansa.”

Sri Ramakrishna, to thee we offer our deepest homage. Our hearts feel that what you possessed was the Infinite, and that the Infinite was your heart’s Eternal Home.