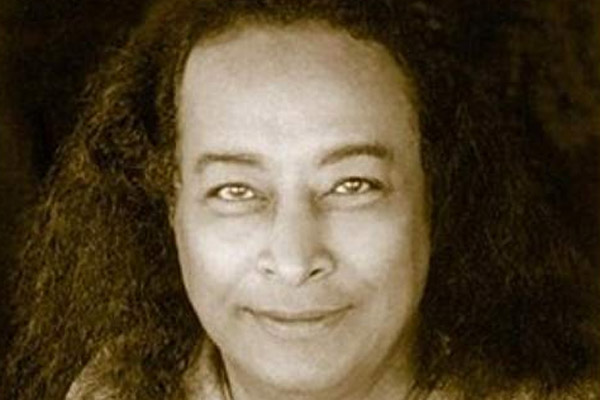 Chapter 1: The Law of Karma

If we accept the principle of cause and effect in Nature,and of action and reaction in physics, how can we not believethat this natural law extends also to human beings? Onceconsciousness is understood as basic to everything thequestion begs to be asked: Do not humans, too, belong to the natural order?Such is the law of karma: As you sow, so shall you reap.*If you sow evil, you will reap evil in the form of suffering.And if you sow goodness, you will reap goodness in the formof inner joy.

* “Be not deceived; God is not mocked: for whatsoever a mansoweth, that shall he also reap.” (Galatians 6:7)

To understand karma, you must realize that thoughts arethings. The very universe, in the final analysis, is composednot of matter but of consciousness. Matter responds, farmore than most people realize, to the power of thought. Forwill power directs energy, and energy in turn acts uponmatter. Matter, indeed, is energy.

Every action, every thought, reaps its own corresponding rewards.

Human suffering is not a sign of God’s, or Nature’s,anger with mankind. It is a sign, rather, of man’s ignoranceof the divine law.

The law is forever infallible in its workings.

The Soul Is Free

Souls are made in the image of God. Even the greatestof all sinners cannot be damned forever. A finite causecannot have an infinite effect. Due to the misuse of his freewill, a person might imagine himself to be evil, but withinhe is a son of God. A king’s son might, under the influenceof liquor or of a bad dream, think himself poor, but as soonas he recovers from his state of intoxication, or as soon as he
awakens, he forgets that delusion. The perfect soul, eversinless, eventually wakes up in God when it remembers itsreal, eternally good, nature.

Man, being made in the image of God, is deluded onlytemporarily. This temporary delusion leads him to think ofhimself as mortal. So long as he identifies with mortality hemust suffer.

A soul’s delusion of mortality may extend to many incarnations.
Through self-effort, however, always influencedby the law of God, the Prodigal Son developsdiscrimination,remembers his home in God, and attains wisdom. Withillumination the prodigal soul remembers its eternal image ofGod, and is reunited with cosmic consciousness. His Fatherthen serves him “the fatted calf” of eternal bliss and wisdom,liberating him forever.

Man may misuse his free will for a time, consideringhimself mortal, but that temporary delusion can never erasefrom within him the mark of immortality and God’s imageof perfection. A baby’s premature death cannot possibly havepermitted him the use of free will to be either virtuous orvicious. Nature must bring that soul back to earth to give ita chance to use its free will to work out also the past karma
which caused it to die so young, and to perform the goodactions that lead to liberation.

If an immortal soul has not worked out in one lifetimeof school those delusions which bind him, he needs morelifetimes of schooling to bring him the understanding of hisinnate immortality. Only then can he return to the state ofcosmic consciousness. Ordinary souls therefore reincarnate,compelled by their earth-bound desires. Great souls, on theother hand, come on earth only partly to work out their
karma, but principally to act as noble sons of God to showlost children the way to their heavenly Father’s home.

When good parents unite in physical union, they producea pure astral light as the positive and negative currents at thebase of their spines and in their sex organs, unite. This lightis a signal to good souls with compatible vibrations in theastral world to be physically conceived in the union of thesperm and ovum cells. When the soul enters, the embryo is formed, and the body is gradually made ready to be born.
Souls with bad karma have to enter into the body of evilmothers. When evil parents come into physical union, theyform a dim, impure light at the base of the spine, signaling aninvitation to souls with evil karma.

People with more opportunity in life, owing to theirgood karma, should help those with lesser opportunity, otherwisethey’ll develop bad karma. Selfishness is spirituallydegrading and ultimately makes one unfortunate.
God is not a divine autocrat passing judgment on peoplefor their actions. The judgments of cosmic law are based onkarmic cause and effect, and are just.

The divine law of harmony creates a natural equilibrium.When any soul acts against this equilibrium, he hurts himself.For example, if you dip your hand in cool water you enjoya soothing sensation, but if you approach fire, the very heatof it warns you that your hand may get burnt. The fire has nowill to give you pain, nor does cool water produce a pleasantsensation out of choice. The responsibility for getting burntby fire is his who puts his hand into it. And the responsibilityfor feeling pleasure from cool water is, again, his who insertshis hand into the water. Fire and water, heat and coolness, arepart of the overall state of the universe with which our duty isto live in harmony.

Man, influenced by delusion, ascribes to the all-lovingGod a vindictive spirit that creates hells and purgatories.
God, in his infinite love, is calling the soul continuously tocome back to His eternal kingdom of Bliss. But souls, whenthey misuse their God-given independence, wander awayfrom God and wallow in the mire of suffering, punishingthemselves by the effects of their own errors.

The idea of an eternal heaven is true, though most people’sideas of heaven are very limited. We are made in the image ofGod and, at the end of the long trail of incarnations, ourwandering actuated by material desires, we will find theblissful heavenly Father waiting to receive us, His prodigalchildren, and to entertain us with everlasting, ever-new joy.But the idea of eternal damnation for souls made in the imageof God is untenable and should be exploded and banished asa superstition from the minds of men.

This life is like a movie, and just like in an exciting movie,there has to be a villain so we will learn to love the hero. Ifyou imitate the villain’s behavior, however, you will receivehis punishment. It’s all a dream, but ask yourselves, Whylivea bad dream by creating bad karma? With good karma, youget to enjoy the dream. Good karma also makes you want, intime, to wake up from the dream. Bad karma, on the other
hand, darkens the mind and keeps it bound to the dreamingprocess.

From a mountaintop, one sees clearly the whole countryside,and also the open sky above. From the heights it isnatural to want to soar even higher, far above the earth. In thefog-bound valley below, however, the most that one aspiresto may be only to climb a little bit higher.