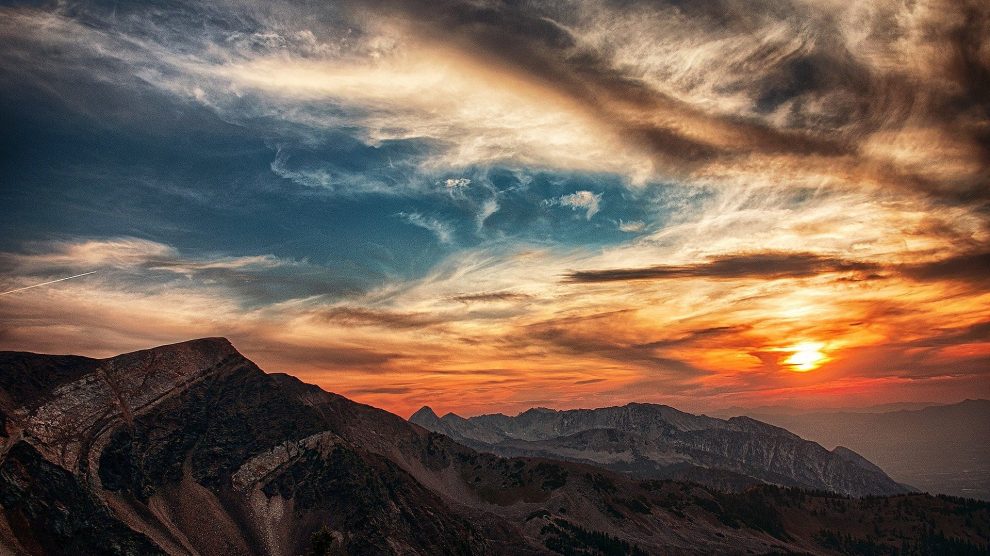 (Over the years, Sri Chinmoy told many stories about Swami Vivekananda with whom he has a very close inner connection. These are some of those stories.)

Raising the fare for the passage

During his itinerant wanderings in the west and south of India, Swami Vivekananda had come to hear of the Parliament of Religions which was to be held in America in 1893. He expressed his wish to go and his devotees in Madras went forth to collect the necessary funds. They raised about three hundred rupees. Then, to their great surprise and shock, Vivekananda asked them to give the money to the poor and needy. He was convinced that if it was really the Will of the Supreme for him to go to the West, the money would come again.
A few months later, the devotees in Madras once more began collecting funds. Alasinga Perumal, Swami Vivekananda’s foremost devotee in Madras, went from door to door begging people to help. Money also came from other quarters, including the Maharajas of several states. Finally, Swami Vivekananda was presented with a first class ticket on a steamer to Vancouver.
On 31 May 1893, the steamer bearing Swami Vivekananda set sail from Bombay.

My name, Chinmoy, was given to me by my brother Chitta when he applied for me to go to the Sri Aurobindo Ashram. Before that, I was known by my nickname, ‘Madal’.
In Swami Vivekananda’s case, his childhood name was Naren and his nickname was Bile. A few years after Sri Ramakrishna left the body, Naren became a wandering sannyasin. His wanderings took him across the length and breadth of India.
At that time, he used many different names. When he journeyed to Delhi in 1891, for example, he assumed the name of Swami Vividishananda. Before that, he had also travelled under the names Bishikeshananda and Sachchidananda. Then, on the eve of his departure for America, he took the name Vivekananda. This is how it happened.
Naren’s dearest friend, admirer and devotee came from Kerala in South India. As I mentioned in the previous story, his name was Alasinga Perumal. He was extremely, extremely devoted to Naren. He was supposed to take care of Naren’s passport. So he went to the passport office in Madras and wrote down the name that the Swami had been using: Bishikeshananda. It means, ‘the dancing waves of the ocean’. The meaning is so significant, but the word itself is not at all sweet.
“What a horrible name!” exclaimed Alasinga Perumal. Then he consulted with the other devotees in Madras and they were all of the same opinion. A few days later, he brought the passport to Naren. When Naren looked at it, he said, “What is this? This is not my name!”
Then all the devotees replied, “Yes, this is your name. We did not like that old name you gave yourself. Vivekananda has to be your name. It is far, far better. It has much more meaning around it.”

Naren could not argue with his disciples, so he took the name Vivekananda. It means, ‘the most powerful delight of all-pervading conscience’. If you develop your conscience, you cannot tell lies or do anything wrong or undivine. Your conscience will all the time poke you. Some people say that this name means ‘discrimination’. But the actual meaning is ‘conscience’. Where does discrimination come from? From conscience. If you have conscience, then only can you discriminate. It is from the results of conscience that we get discrimination.
In most cases, disciples receive spiritual names from their Masters. But in Vivekananda’s case, it was just the opposite. He received his name from the disciples, and he surrendered to them.

Permission to cross the seas

Just before he was due to leave for America, Vivekananda decided that he would cross the seas only after having some concrete indications from his Master, Sri Ramakrishna. It had been seven years since Sri Ramakrishna had left the body. Vivekananda waited and waited for a sign from his Master, but in vain. At last he argued that his spiritual Mother and the Master were one and the same and so he decided to seek Sarada Devi’s permission to go abroad.
Accordingly, from Madras he wrote a letter to Sarada Devi. By the time he received a reply from her, he had had a most significant dream in which he saw Sri Ramakrishna proceed to the West over the waves and waters. In the dream, Sri Ramakrishna was beckoning Vivekananda to follow him. This Vivekananda took for approval of his plan.
Presently he received wholehearted permission and blessings from his spiritual Mother. Now all Vivekananda’s doubts vanished. With redoubled faith, he was able to undertake his historic voyage.

Other delegates to the Parliament of Religions in 1893 represented certain groups, but Swami Vivekananda came as an individual. He did not receive a formal invitation as such. He just came on his own. Then he was given a letter of introduction by Professor J.H. Wright, the Professor of Greek at Harvard University. Unfortunately, Swami Vivekananda lost the letter.
Vivekananda was very upset when he lost the letter, but the great Professor said to him, “To ask you, Swami, for your credentials is like asking the sun to state its right to shine.” So this is the wonderful compliment that he gave Vivekananda.
“Sisters and brothers of America”
When Swami Vivekananda came to Chicago, his dynamic vital embraced the whole world. In his very first speech, he began, “Sisters and Brothers of America…” After those words, he was unable to continue for two full minutes because of the enthusiastic cheering and clapping of the audience. Immediately, Swami Vivekananda had spread the feeling that we are all sisters and brothers of the same family. He showed the seekers of the West that he came to embrace them, not to conquer them. And, as a result, he conquered their hearts because his words came from the very depths of his soul.
True, we use the terms ‘sister’ and ‘brother’ at every moment, but do we have the same depths of feeling as Vivekananda? In comparison to him, we are all frauds. We do not have the same genuine feeling as Vivekananda had when we use those terms. For us, it is like saying “Ladies and Gentlemen.” It is simply a form of address. When Vivekananda said, “Sisters and Brothers of America,” it was based on his dynamic all-embracing vital.

Swami Vivekananda’s presence at the Parliament

Swami Vivekananda’s soul-stirring addresses at the Parliament of Religions inspired the audience to have faith in all the religions of the world and to hug the best in each religion. There was a magic spell of throbbing delight woven around his very name at the Parliament. He was the figure that dominated the world’s gaze there.
A report appeared in The Boston Evening Transcript of 30 September 1893 about the great triumph of this Indian spiritual giant:
“If he merely crosses the platform, he is applauded, and this marked approval of thousands he accepts in a childlike spirit of gratification, without a trace of conceit.”

An interesting event took place when Swami Vivekananda was staying in a cottage at Thousand Island Park. It was a dark and rainy night. Two ladies from Detroit had travelled hundreds of miles to find him there.
Having met him, one of them humbly spoke out, “We have come to you just as we would go to Jesus if he were still on earth and ask him to teach us.”
Swami Vivekananda, deeply moved and overwhelmed with humility, replied, “If only I possessed the power of Christ to set you free now!”

When Swami Vivekananda returned home from his trip abroad, he travelled by steamer from Naples to Colombo, Sri Lanka, where he was given an overwhelming reception. He then made his way to his native land and finally reached Madras. Everywhere he went, he was hailed by multitudes.
From Madras, Swami Vivekananda decided to travel by steamer to Calcutta, the city of his birth. As the steamer sailed up the river Hooghly, Swami Vivekananda repeatedly drank water from the river to purify himself after his long absence.

When Swami Vivekananda arrived in Calcutta after his triumph in America, there was a big meeting. In front of thousands of people, his brother disciple, Swami Brahmananda, touched his feet and garlanded him.
Vivekananda said to him, “What are you doing, what are you doing?” Brahmananda replied in Bengali, “You are my elder brother, so you are like my father. That is why I am bowing to you.”
Then Vivekananda touched Brahmananda’s feet and said, “The son of the Guru is like the Guru himself.”
So both of them were bowing to each other in front of thousands of people.

When Sri Ramakrishna examined the young Naren’s palm, he said, “O God, you are not going to live for a long time. You will not have a long life.”
Then, when Swami Vivekananda reached the age of thirty-nine, he said, “I will not cross the barrier of forty. I do not want to live. My time has come.”
He kept his promise. He passed away at the age of thirty-nine years and five months. He had worked extremely hard while he was on earth. He suffered a lot. So when his time came, he wanted to leave. His great destiny was to die before forty. Can you imagine? And we do not even start our life before forty!

When Swami Vivekananda left the body, on 4 July 1902, nobody, nobody cried as bitterly as Swami Brahmananda. Brahmananda said, “Now I have lost everything. In you, I found my brother, father, everything. Now I have lost all. How could you go and leave me alone? Today you have made me helpless, helpless.”
Then he literally jumped on Vivekananda’s dead body, crying and crying like a little child.

Every morning, starting at five o’clock or so, Sister Nivedita used to only repeat Swami Vivekananda’s name. When he died, she did not want to live. As they were cremating his body, she was about thirty metres away. She was not near the pyre at all. She was sitting on the ground, crying bitterly. Suddenly, a burning charcoal flew up and landed in her lap. How it came there, nobody knows, but it flew to her and fell on her lap.
Nivedita said, “He has come to console me.”

On the day Swami Vivekananda passed away, everyone was swimming in the sea of tears. His physical mother, Bhubaneshwari Devi, cried a little. Then she said something truly immortal:
“”I am ready to give birth again and again to a hero like my son. He came into the world to raise the consciousness of the world. He has died at such a tender age, but I do not mind because my son has played his role. I know that he was not for me alone. He was for the whole world. He has helped the world so much.””