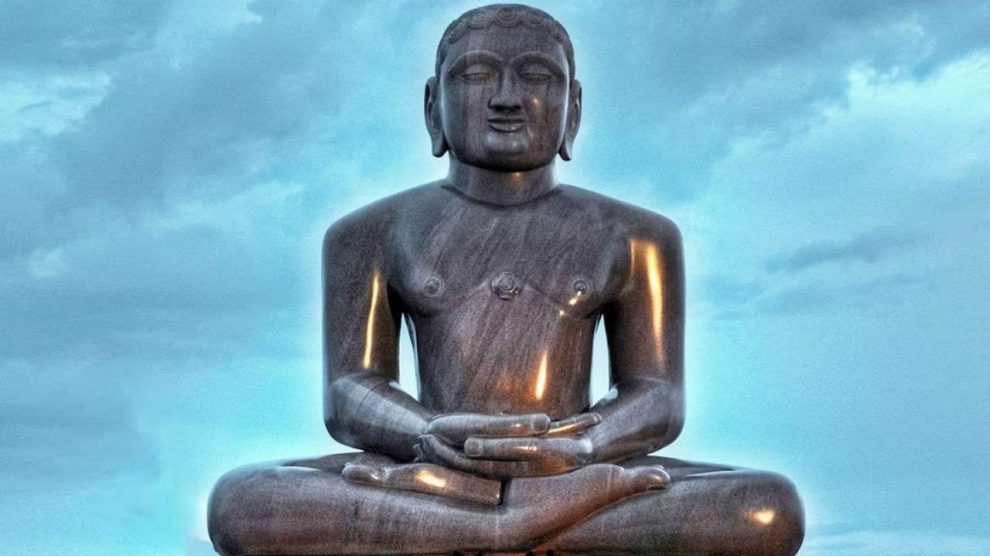 Lord Mahavira was the 24th and last Tirthankara of the Jainism. According to it, all Tirthankara were born as human beings, but they reached the state of perfection and enlightenment through meditation and self-realization. The Tirthankara are also known as Jains.

Mahavira was born in 599 BC as a prince in Bihar, India, in the kshatriya family. His father Siddhartha and his mother Trishala were also followers of the Jain spiritual path. He grew up surrounded by royal luxury, and even as a child he showed exceptional courage. At the age of 30, he left his family and the palace, he renounced all earthly possessions, including clothes, and became a monk. He spent the next 12 years in deep silence and meditation. His path was extremely ascetic – he renounced food for very long periods of time and practiced the strictest penance. He most strictly avoided harming any living being, which is one of the basic postulates of Jainism. After 12 years of meditation, prayer and renunciation, he achieved self-realization, that is, God-realization. He spent the next 30 years travelling all over India and preaching the Truth he had accomplished. People came to him from all walks of life, rich and poor, from high castes and untouchable, men and women. The ultimate goal of this teaching was to show people how to achieve freedom from pain and suffering by freeing themselves from the cycle of birth and death and achieving the state of bliss. This is also known as Nirvana or Moksha. He explained that through eternity, every living being, every soul, is chained by karma that accumulates through its good or bad deeds. Under the influence of karma, the soul is accustomed to seek pleasure in material things and possession, which is the root of self-love, violence, anger, greed and other bad traits. The final result is the accumulation of more karma. Mahavira preached liberation through proper belief, proper knowledge and proper action.

There were four vows at the center of the proper action of the Jains:

Lord Mahavira added the fifth to these vows:

The Jains built these vows into the foundation of their lives – monks and nuns adhere to them strictly and uncompromisingly, while ordinary people follow them as much as they can in accordance with their way of life.

At the age of 72, Lord Mahavira left the body (527 BC). On the night of his departure, the Festival of Light (Diwali) is celebrated in India.

The teachings of Lord Mahavira are imbued with deep and universal compassion. He said, “A living body is not a mere collection of bones and flesh, but the home of a soul that potentially has perfect perception, perfect knowledge, perfect power, and perfect bliss.” He also preached universal love, emphasizing that all living beings, regardless of their size, shape, and degree of spiritual development, are equal, and that we must love and respect them.

Jainism had existed even before Mahavira. Unlike the Buddha, who was his contemporary, Mahavira was not the founder of a new religion, but rather a reformer of an existing one that had a long tradition. He reorganized the Jain teachings to be more adjusted to the people of his time.

Jainism still exists today as a religion, mostly in India. He had a huge influence on Mahatma Gandhi and his philosophy of non-violence, as well as on Martin Luther King in America, who spread a similar message.