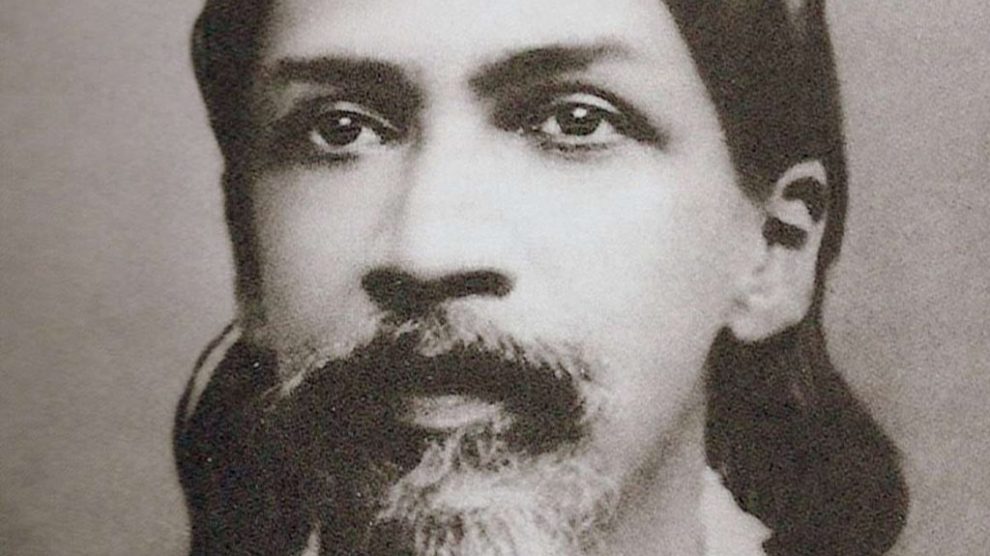 A Seer-Poet to the poets, a divine Philosopher to mankind, a Master Yogi to his worshippers, an Avatar to his disciples — who is he? Sri Aurobindo.

Sri Aurobindo’s Yoga is an ambrosial consciousness with infinite possibilities; it is a never-tiring march, a decisive and everlasting victory of Truth.

The keynote of Sri Aurobindo’s Integral Yoga is evolution — evolution of consciousness in and through Matter. There is no shadow of doubt that Matter and Spirit are one. Spirit, when it is fast asleep, is Matter; Matter, when it is fully awakened, is Spirit.

Integral Yoga is founded on an all-fulfilling experience which is anything but speculation and reasoning. An Integral Yogi is he who has seen all the phases of existence and whose very life is full of variegated experiences and realisations.

A marvel-idealism and a highly practical divinity are housed in Sri Aurobindo. His are the experiences that may serve as humanity’s royal road to a life worth living — a life of the Spirit, the Life Divine.

Sri Aurobindo tells the world that it is not only possible but entirely practicable to work easily, incessantly, consciously, inwardly, outwardly, thus finally successfully. And in his opinion, life itself is a blessing of God through which man has to realise Him and be one with Him.

Sri Aurobindo’s is the supernal Smile that reveals at once the embodiment of an infinite achievement and the future spiritual destiny of mankind.

Invisible to the blind, yet invincible to the strong, and a wonderful practical hope to the four corners of the globe, is the power of Sri Aurobindo’s Integral Yoga.

Sri Aurobindo is the ever-creative silent bridge between God’s Will and His Fulfilment.

In Integral Yoga, God-realisation means merely standing at the shore of the vast sea of Consciousness. The fire-pure change of the inner and outer life means swimming in that sea. Manifestation of the Divine on earth means returning Home after having crossed the sea, bringing with you the Golden All.

It is not a dream of God but His Decree that Heaven and earth must fall supremely in love with each other. He wants their marriage to take place sooner than immediately. Earth feels that she is inferior to Heaven. Heaven feels that he is superior to earth. And because of their mutual hesitation, the day of their marriage is kept in abeyance.

Integral Yoga has made a significant choice. It wants not only to see and feel the conscious evolution of life, but also to embody a fully harmonised life of Matter and Spirit.

An Integral Yogi is he who sacrifices his life to become a bridge between earth and Heaven. He has foregone Heaven; he uplifts earth.

To say that Yoga is the realisation of God is not to say all. Yoga is the living union with God by self-affirmation and self-abnegation.

Sri Aurobindo tells us that God-realisation never obliges us to kill all feelings, to make our heart a sterile wasteland and to pronounce a curse on the world. God is everything and in everything.

An unprecedented teaching of Integral Yoga propounded by Sri Aurobindo is that man can have material prosperity alongside his spiritual development.

To be unconscious of a spiritual opportunity is to starve one’s spiritual destiny.

Difficulties in the Integral Yoga never indicate one’s unworthiness. Behind each difficulty there is a possibility, nay, a blessing in disguise, to accept the test boldly and to come out successfully.

In Yoga, all reactions are threatening but passing clouds. Human aspiration is the naked and permanent sword of the soul to stab through the weakness of human nature and rise triumphant on the ashes of its conquests.

Follow no other ideal than to materialise the power of perfection on earth.

Sri Aurobindo’s Yoga is the tallest mango tree. His disciples and followers have to climb right up to the top of the tree and bring the mangoes down to earth. For if the fruit is taken at the top, it tastes sour; if taken at the foot of the tree, it tastes delicious.

What is the meaning of coming into contact with God? It means that we shall become one with His universal Existence. As after marriage a woman automatically possesses her husband’s name, home and wealth, even so, after our union with God we shall infallibly become one with His all-fulfilling Nature. Verily, in that Divine Hour we shall hear Sri Aurobindo’s soul-stirring voice: