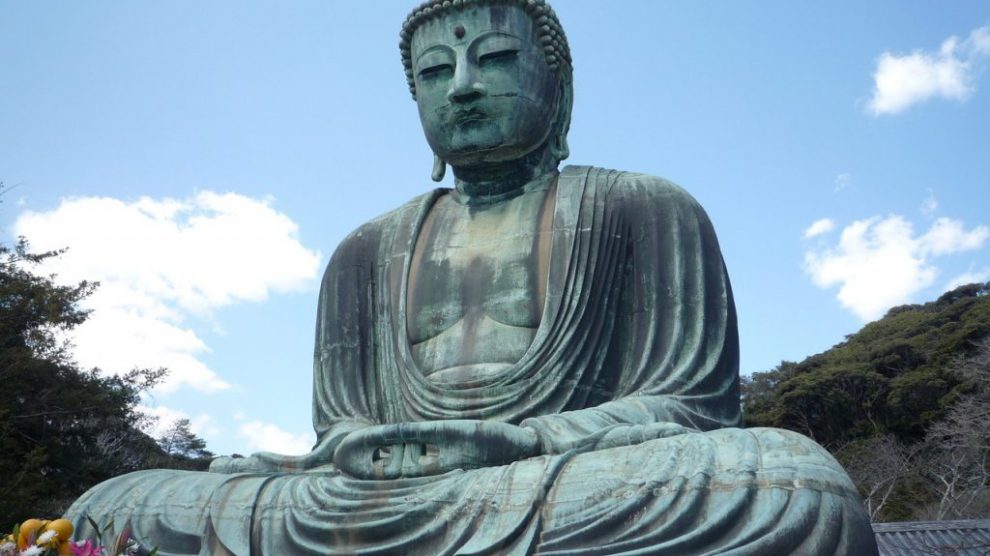 It is believed that Buddha was born in Lumbini in Nepal, and that he lived between 563 and 483 BC. Buddha was worn as a prince of the Kingdom Kapilavastu (today’s Nepal). His father was the king Śuddhodana, and his mother was the queen Maya. Legend says that in the night of his conception, his mother had a dream that a white elephant with six white tusks thrust into her left thigh. Immediately after the birth of the child, the Buddha’s mother died. The boy was given the name Siddhartha, which in Pali language means “the one who achieves his goal”. During the birthday celebration, a wise man called Asita came to the court from his mountain home and announced that the newborn child would become either a great king or a great saint. This was also confirmed by the learned Brahmins, who were later invited by the Buddha’s father for their opinion. After his mother’s death, the Buddha was raised by Maya’s younger sister, Mahāpajāpatī. Since he was the oldest prince, his father wanted to give him the throne. However, to prevent the Buddha from devoting himself to the spiritual life, he surrounded him with luxury and made sure that he did not come in touch with religious teachings or anything that would reveal human suffering. When he turned 16, Prince Siddhartha was married to a cousin of the same age, called Yashodhara. She geve birth to his son, Rāhula. Siddhartha spent the next 13 years as a prince in Kapilavasta. Although he had everything he could wish for, Prince Siddhartha had a vague desire to discover something more. He persistently asked his father to let him leave the city and see how ordinary people lived. The king took care to tidy up the surroundings, so when the prince drove out of the city with his coachman, Chan, he was greeted only by young and beautiful people, along the streets decorated with flowers… Yet, at one point, Prince Siddhartha got out of the coach and went behind the scenes, into the poor streets of the capital. There he came across a man with gray hair and a cane, who could barely walk and was trembling with weakness. Prince Siddhartha had never seen an old man before.

Astonished, he asked Chan, “What is this?” “It’s an old man. We will all grow old one day “, replied the companion. “Even I, and my beautiful wife Yashodhara?” “Yes, everyone,” Chan replied. Sidarta was deeply shaken. Going further, he came across a man in scabs who was lying on the street and sobbing in pain. Siddhartha had never seen a sick person before, because they had been kept out of his sight. Once again Chan explained to him that it was a disease and that all people were susceptible to disease. Eventually, Siddhartha stumbled upon a funeral. “What’s wrong with this man, why is he so cold and immobile?” he asked. “He is dead,” replied Chana, “we will all die one day.” Siddhartha experienced the shock of his life. Everything that had been presented to him as life in the palace was a lie. He realized that human existence was suffering, from beginning to the end.

Immediately, an irresistible urge appeared in him to end it, once and for all. On their way back to the palace, they came across an ascetic meditating under a tree. It was then that Siddhartha, for the first time, saw a spiritual man in meditation. Thus, he decided to leave the palace and embark on a spiritual quest.

He first went to Rajagaha and began an ascetic life, begging for alms in the street. He later met a teacher named Alara Kalama and studied with him for some time. Then he went further and met the teacher Uddaka Rāmaputta, thanks to whom he reached high levels of meditative consciousness, but he was still not satisfied. He moved on. With a group of five ascetics led by Kaundinya, he continued the intense tapas (austere penance). After he starved himself almost to death – he ate only a nut or a leaf a day – he fainted while bathing in the river and almost drowned. A very clean and dedicated girl named Sujata offered him some rice. The Buddha accepted. For his companions, accepting rice, and that from a woman, was a betrayal of their path, so they left him. But the Buddha recovered and his meditation became more intense. Then, meditating on the bank of the river, he saw a boat in which a music teacher and his student were sailing. He clearly heard the teacher teaching his student, “If you tighten the strings on the instrument too much, they will break. If you loosen them too much, they won’t be able to play.” Something flashed in Siddhartha’s consciousness. He understood what the Middle Way was and accepted it. He sat under a tree, saying to himself, “I will not rise from this tree until I attain Enlightenment,” and began his long, victorious meditation. Siddhartha was attacked by the forces of temptation which cut down many seekers. First, there was the temptation of the material, which Prince Siddhartha overcame once more. Then, the temptation of lower vital forces – sexual impulses. The Buddha went through that as well. Then came the fear – the demon Mara attacked the Buddha accompanied by an army of demons. But the Buddha’s meditation transformed their arrows into flowers. In the end, the most difficult temptation came – an encounter with ourselves, with the ego, with what we think we are. In an instant, Siddhartha realized that the ego was just an illusion – that it didn’t really exist. The road to Nirvana was open. After 45 days of meditation, Siddhartha achieved Nirvana and became the Buddha – the Awakened, the Enlightened, ready to share his majestic achievement with the whole world. The state of supreme liberation, the Buddha taught, is possible for every being to reach. It is a state in which all suffering ceases and in which an individual is freed from the illusions of the world, or maya, and goes forever out of the chain of birth and death.

After the enlightenment, the Buddha met two merchants, who became his first disciples. They set out to travel around India. The Buddha gave his first lecture in Varanasi (in Benares), where he was joined by five disciples seeking enlightenment. They formed the first community – Sangha – of Buddhist monks. This community grew during the Buddha’s teaching and eventually reached almost 1,000 members. After repeated pleas from his father to return to his native kingdom, Kapilavastu, the Buddha agreed. They prepared lunch in the palace, but the Buddha and his followers begged for alms in the vicinity of the city. The King Śuddhodana approached his son, the Buddha, and said, “In our warrior family of Mahamasata, no one has ever begged.” It was believed that the Buddha replied, “It is not the custom of your royal lineage. But that is the custom of my, Buddha’s, lineage. Several thousand Buddhas begged for alms”. After that, the Buddhists agreed to have lunch in the palace, and then the Buddha gave a lecture on dharma. Many members of the royal family joined the sangha, including Buddha’s cousins ​​Ananda and Anuruda, who would later become his closest disciples. the Buddha’s son Rahul also joined the sangha. And at his request, the Buddha received his mother, his former wife, Yashodhara, in the sangha. At the time, it was an unprecedented act – the road to Liberation was now open to women for the first time.

After eighty years spent on earth and decades of teaching, the Buddha left the body after a short illness.