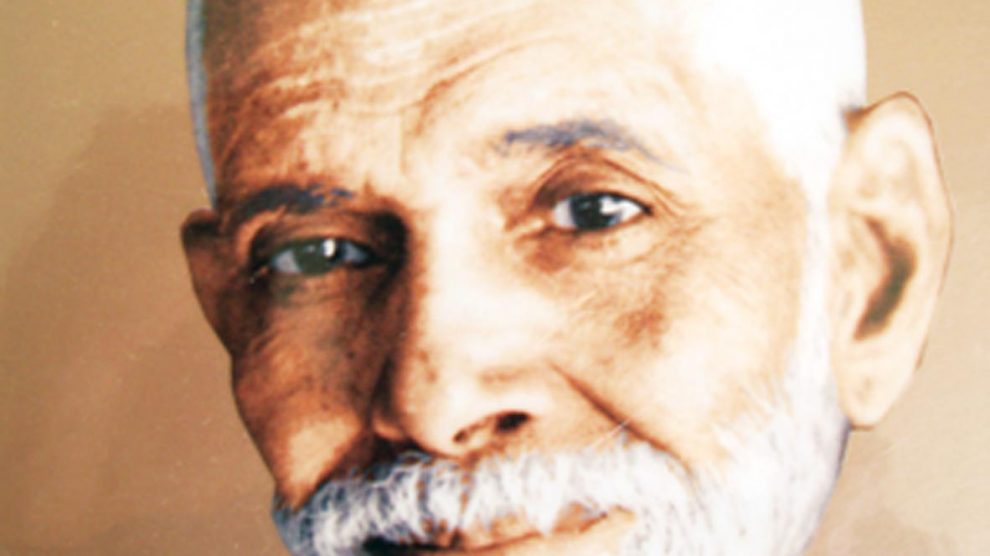 Ramana Maharshi was an internationally recognized Guru from South India who lived and taught in the first half of the 20th century. He was born in 1879 in India into a family of religious peasants, as the second of three sons.

Ramana was completely not interested in school and he was absent-minded while working, yet, on the other hand, he had a pronounced tendency towards introspection and self-analysis. He used to ask fundamental questions about identity, such as, “Who am I?” He always sought answers to questions about the mystery of his own existence and origin.

In the summer of 1896 Ramana entered an altered state of consciousness which had a decisive impact on him. He experienced his own death and came back to life.

He also had flashes of self-perception as the essence independent of the body. During such experiences, he felt himself as an eternal entity that exists unattached to the physical body or the material world.

Along with these intuitive insights came a fascination with the word “Arunachala,” which carried with itself associations of deep respect and a sense that his destiny was closely connected to this sound. When he was 16, Ramana heard that the place called Arunachala really existed and that made him very happy.

Ramana was nearing the end of his schooling when he made the decision to leave formal education. The immediate occasion that pushed him towards that decision was a reckless criticism that he was not suitable for being a student. He was reading a book about a famous Tamil saint and decided to leave the house and lead the life of a spiritual seeker. Naturally, he planned to go to Arunachal.

When he was 17, Ramana went to Arunachal, answering his internal call. He spent 12 years in temples and caves meditating and searching for spiritual purification, maintaining the discipline of silence and detachment. At this point, his reputation as a serious spiritual teacher began to grow and seekers were coming to him. The first students had difficulty learning anything about Ramana’s origin, even about his mother tongue, because he refused to speak. As time was passing by, he stopped the ascetic practice and began to lead a normal ashram life. Many people came to him from all over the world. During this period, he answered many questions from seekers. Among these seekers there were a lot of writers and scholars from the West, including Paul Branton, Heinrich Zimmer, and M. Evans-Wenz, who all spread his message far beyond Indian borders during his lifetime.

Ramana’s students built an ashram and a temple, and a place for numerous visitors. They all ate the same meals, and Ramana sat with them during meals, and didn’t require any special treatment. The ashram was also a shelter for animals towards which Ramana felt great compassion.

Ramana continued to follow the method of examining the nature of the self through the question: “Who am I?” He initiated the students in their sleep, looking intensely into their eyes, and sometimes he traveled in a subtle body to visit them. He would appear in front of a seeker who was miles away like a light figure. He would say that both the life awake and the life in sleep were just types of sleep, which he referred to as “dream 1” and “dream 2”, considering them only different states of sleep.

Ramana recommended the renunciation of physical and mental pleasures in order to enter the state of unity with oneself and the universe. He also believed that a person, who is not tied to the results of his works, can live in the world as an actor who plays his role, but is immune to emotional turbulence because he is aware that he is playing his role on the stage of life only for a short while.

This attitude he had was clearly visible in all situations, even when his mother died, or when thieves broke into the ashram. He allowed them to take everything they wanted, and remained calm during the incident, even when one of the thieves hit him.

Ramana got cancer and when his students expressed concern about losing him, he replied “I’m not going anywhere, where would I go? I will be where I have always been.”

He left the body in April 1950, sitting in the lotus position. The last word he uttered was the sacred syllable “om”. At the moment when Ramana passed away, a huge comet appeared in the sky above Arunachala.