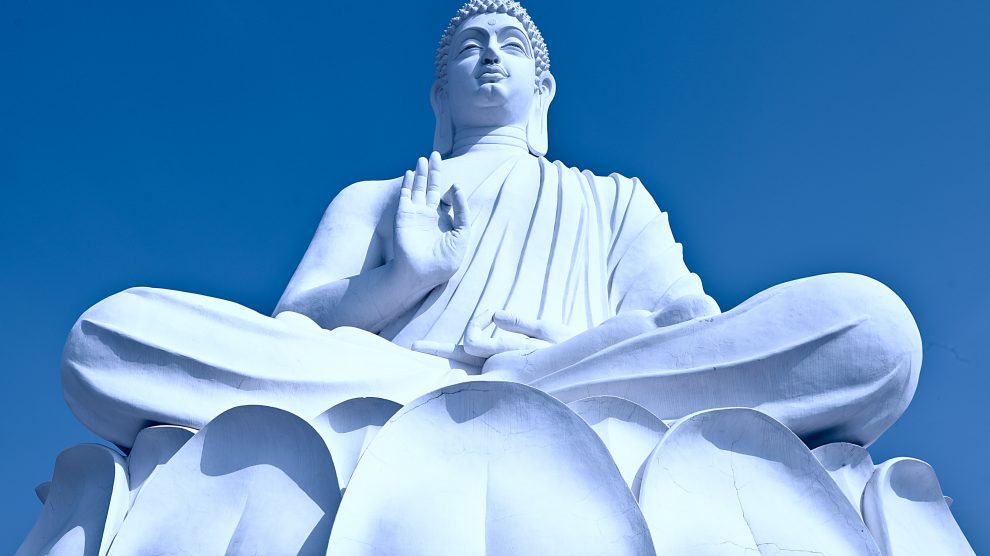 Siddhartha did. He flew from his household life into the state of homelessness. The Supreme did. He placed Lord Buddha in the adoring heart of humanity, in the lap of universal Love. Temptation Siddhartha saw and shunned; austerity He felt and lived; the Middle Path He realised and offered. The Omnipotent did two things through Siddhartha. He revealed the ideal of perfection in a human being. He revealed His Enlightenment and Compassion in a divine being. Lord Buddha cast aside caste. The fallen learned from Him the value of self-respect. The unbending learned from Him the necessity of humility.
True, Buddhism is no longer alive in the land of its birth, but Mother India is abundantly proud of Her spiritual Prince, and She ever cherishes Her world-illumining Teacher. Her fondest feeling is: My Buddha is a rebel Child. My Buddha is a great Contributor. My Buddha is a great Reformer.